The video explains logic behind the following mysteries for the first time ever:

Note: This is a rough edit. There are some obvious mistakes END_OF_DOCUMENT_TOKEN_TO_BE_REPLACED The current science has a lot of empirical data on meditation, but does not have a single hypothesis on how it makes the brain powerful.

There are various meditation techniques, but there is only one mechanism that drives them all. Following is the first ever explanation of the same.

All types of meditation techniques work on the same principle: By restraining the thought process in one way or the other, which triggers the process of homeostasis, resulting into the brain becoming powerful, as explained in detail below.

Because of its engagement with ever changing environments & conditions coupled with unreliability of perceptions, the human brain is END_OF_DOCUMENT_TOKEN_TO_BE_REPLACED

Following is the first ever explanation of its purpose and how such inter-generation mechanism works based on the process of natural selection.

Superiority Bias is an instinct that is hard-wired in the brains of every human being in varying degrees to have the opinion that whatever he/she does and possesses is of a superior nature than others, without any connection to the reality. END_OF_DOCUMENT_TOKEN_TO_BE_REPLACED 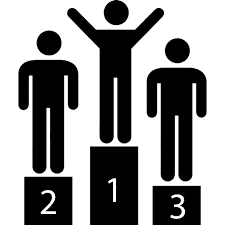 We use language to communicate with others. By communicating, we can exchange our knowledge and views with others. Based on the adage “knowledge multiplies when shared”, when knowledge is shared among people, they can test, build, expand, refine, etc. on it, thereby optimizing and multiplying it, which is further tested, built, expanded, refined, etc. upon sharing with others again, thereby further optimizing END_OF_DOCUMENT_TOKEN_TO_BE_REPLACED Both hemispheres of the brain are designed by the process of natural selection to make decisions on its ongoing interactions. In this first-of-its-kind book, I have explained more than fifty mechanisms that make up the human mind using only five components, simplifying the understanding of the human mind to a level that can be understood by anyone who is prepared to make the effort. No prior knowledge of any subject is required to understand it. Such simplification is made possible by the first ever use of “system thinking” approach to understand how mind emerges from the brain.

Upon finishing the book, you will be familiar with the following END_OF_DOCUMENT_TOKEN_TO_BE_REPLACED Because of systematic storage and linking of information in the brain1, modifying the degree of attention by evaluating how significant each ongoing interaction is and proportionately allotting and utilizing the allotted amount of resources (as explained in the previous post Degree of Attention) takes very little time and thus, is not a problem in most of your daily interactions.

It is only when you are in the process of thinking continuously, may it be deliberating between multiple decisions or watching a movie, which are of dynamic nature and typically involve one or multiple chains END_OF_DOCUMENT_TOKEN_TO_BE_REPLACED

Design of the human brain has evolved over thousands of generations by the process of natural selection in a gradual manner1. It is not developed on a preconceived plan or a blue-print.

This post is about a simple question: How can a mechanism generate “its own” decisions? How can “it” be held responsible for the decisions it makes?

Other than information processing systems like computers, control systems, robots, etc., there is nothing in the world that is capable of making decisions. However, such decisions do not originate from their systems – they are all pre-programmed by humans. Even in the realm of artificial intelligence, the basic programming is done by humans. END_OF_DOCUMENT_TOKEN_TO_BE_REPLACED

Other than physiological reasons and observations that sleep helps in memory consolidation, science is not clear about the core purpose of why we sleep and dream. The current research is full of information on frequencies, wavelengths, oxygen levels, heart rate and stages like non-REM and REM sleep and how they cycle in the brain, but END_OF_DOCUMENT_TOKEN_TO_BE_REPLACED