How Does Our Mind Develop?

A brief introduction to how our knowledge, skills and personality develop.

How Does Our Mind Develop?

A brief introduction to how our knowledge, skills and personality develop.

Ever since our birth, our brain has been accumulating and managing a huge amount of information on an ongoing basis. We use such information to make decisions and update our knowledge.

To process such information, our brain uses a mechanism which helps us instantly access information that is important and useful for our ongoing interactions from the vast amount of information stored in the brain.

Following is the explanation of how such information is stored and how we gain knowledge from it:

Our brain initially stores information in the way it is received from the ongoing interaction.

It also stores information gained from the interaction that may be useful for future interactions in summarized form.

Next, it recalls and processes information related to concepts that are a part of such interaction. To do so, it navigates through a web of links to search for information and summaries stored in the memory that are related to such concepts in multiple ways.

Note: Concepts are names given to mental representations of something we have experienced, learnt or imagined, which can be of physical or mental nature. Storing concepts this way makes it possible to recall them at a later stage by their names, as and when required.

Decoding concepts of the ongoing interaction helps the brain recall and process information related to them, which helps it make decisions on how to deal with it in order to reach its goals.

Such web of links includes information and summaries that were received from such interaction and also from same or similar interactions in the past.

It also includes information and summaries from interactions that are associated to it by conceptual hierarchies, time, event and other contexts.

For significant interactions, it can even dig deeper into concepts that are a part of such interactions by further navigating through their own web of links.

If all that sounds too technical, I’ll make it easy by using some examples to explain the exact same process.

Let’s take the case of a person named Ashish going to watch a movie with two of his friends, Aryan and Yash, on his birthday:

Our brain initially stores information in the way it is received from that event (e.g. seeing a person falling down on the stairs at the entrance).

It also stores information gained from the interaction that may be useful for future interactions in summarized form (e.g. the stairs at the entrance are uneven).

Next, it recalls and processes information related to concepts that are a part of such interaction. To do so, it navigates through a web of links to search for information and summaries stored in the memory that are related to them in multiple ways.

Such web of links includes information and summaries that were received from such interaction (e.g. friend Aryan’s birthday is on the very next day, or, it is difficult to catch a cab on a Sunday) and also from same or similar interactions in the past (e.g. recalling his 18th birthday when he had gone for a movie with his family).

It also includes information and summaries from interactions that are associated to it by conceptual hierarchies (e.g. tickets are linked to movies, birthdays are linked to gifts, etc.), time or event (e.g. two of his best friends, Aryan and Yash, had accompanied him) and other contexts (e.g. friend Yash loves dogs – or – the best gifts are available in the mall next door).

For significant interactions, it can even dig deeper into concepts that are a part of such interactions by further navigating through their own web of links (e.g. the mall next door has a shop which only sells party supplies, the owner of that shop is brother of friend Aryan, and so on).

When required, it can also recall and process information related to such concepts by navigating through the web of links to search for information and summaries related to them at a later stage.

Such summaries and their related information are the basis of our “knowledge”.

The optimizing aspect of natural selection has designed a mechanism that not only manages, but makes the information and knowledge that is relevant for the ongoing interaction instantly accessible for recall.

How it works: Design of the human brain is not developed on a preconceived plan or a blueprint. It has evolved over thousands of generations based on the process of natural selection in a gradual manner.

Such ability makes the brain capable of rescaling the amount of processing resources for an interaction using a mechanism I call “Rescaling Mechanism”, as explained in the post What is Degree of Attention?.

Using the mechanism, our system 2, with the help of system 1, evaluates how significant each ongoing interaction is to our goals, proportional to which, system 1 allots the amount of resources to process it.

In other words, when something requires our attention, system 1 allots the amount of resources to process it proportional to how significant it is.

Such evaluation of significance is not under direct control of system 2 (i.e. the self), but is based on the result of system 1 and system 2 processing.

An example of the same is when you hear news about something; system 2, with the help of system 1, evaluates it. If it detects it as significant for you, e.g., a road accident very close to your house (as it may involve someone close to you), system 1 allots proportionately higher amount of resources to process it more comprehensively.

As the search is limited to the web of links and not the vast amount of information stored in the brain, it is possible to quickly retrieve such relevant information.

An analogy for searching such web of links for relevant information is like opening doors of multiple rooms to find out if anything relevant is there behind those doors.

The same is the basis of habituation (e.g. the habit of saying hello on the phone) and rote learning (e.g. a student learning tables in the school).

In highly significant interactions, especially which are limited by time, our brain uses higher amount of processing resources and thus, requires more blood, which is its fuel. To supply such higher amount of blood, the heart has to beat faster. The frequency and pressure of heart beating in such a situation is proportional to the significance of the interaction to us divided by the available time.

The same is the reason our heart beats faster in emotional or dangerous situations.

For thousands of years, observing such correlations between beating of heart and mental events has resulted into the belief that heart, which is just a pump, is the seat of mind and emotions.

To optimize our interactions for quicker recall and saving of storage & energy, whenever possible, such information and its related summaries are compressed into single phrase summaries and linked together. E.g., instead of saying, “Friend Yash called up and informed that due to ill-health of his mother, he will not be coming”, it is compressed into single phrase summary like “Friend Yash is not coming”.

Often, both are linked to a value based on attributes like trends, confidence levels, probability factors, etc. E.g., “I am 100 percent sure about it.”

Such information, summaries and their related attributes, which are the basis of our knowledge, are stored in what I call “Brain-ROM”, or “B-ROM” for short.

The function of B-ROM is to process ongoing interactions with its contents for optimized handling.

A person’s personality is based on his B-ROM, which guides his interactions in an optimized manner. In other words, a person’s B-ROM supplies information required for optimized decision making.

Personalities of other people are controlled by their B-ROMs. They are built on their experiences and knowledge. As we interact with them in our daily lives, we need to understand how their B-ROMs, i.e. their minds, work to benefit from future interactions with them.

As most interactions of most people are executed similarly, e.g., the way a person shakes hands or the way he walks; we do not need to store information on such interactions in their CB-ROMs.

CB-ROMs make it possible for us to think and interpret from other peoples’ points of view, i.e. empathize with them. In other words, they enable us to think like other people by “putting us into their shoes”.

They are the very reason we find it natural to say, “if I were you, I would have done that”.

If you find what is explained in this post even faintly familiar, it is not because you have heard it or read it somewhere. It is because you experience it everyday. The current science does not explain how our brain manages information to gain knowledge and skills, which contribute to the development of our personality and how we gain understanding of other people’s minds. 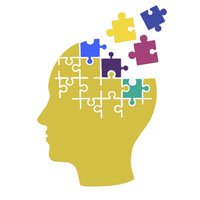