This post is about a simple question: How can a mechanism generate “its own” decisions? How can “it” be held responsible for the decisions it makes?

Other than information processing systems like computers, control systems, robots, etc., there is nothing in the world that is capable of making decisions. However, such decisions do not originate from their systems – they are all pre-programmed by humans. Even in the realm of artificial intelligence, the basic programming is done by humans.

If human brain is also an information processing system, what makes it capable of making own decisions when no other system in the world can? Also, how can it be held responsible for the decisions it makes?

As explained in the post How Do We Make Decisions?, the left and right hemispheres are designed by the process of natural selection to initially make multiple decisions on how to handle ongoing interactions. They use direct logic and contextual logic processing respectively to make such decisions and then select and finalize the most suitable decision out of them in order to reach their goals in the most optimized manner.

As right hemisphere can outsource its data to left hemisphere while making such decisions but not vice versa (explained in the same post), it can benefit from both, direct and contextual logic processing.

What is Free Will?

Free will is the ability to do what we desire to do, without any force or constrain. It makes it possible for us to make ‘our own’ decisions, e.g. to either turn left or right, to go to work or not, etc. It holds us morally responsible for the decisions we have made in the past and also holds that it was possible for us to have done otherwise. As we use such capability every time we make a decision, we take it for granted.

It is the influence it has on what we see today that makes it a very important phenomenon, as, other than natural causes, everything that has ever happened or is happening to anybody or anything can be attributed to the ability of making free will decisions.

The core purpose of free will decision making is to analyze our interactions by detecting their contents and intents in various ways and use information gained from them for optimized goal processing.

But then, if left and right hemispheres make decisions based on information that is already stored in the memory and projecting it into the future, given the exact same conditions and circumstances, it will always make the same decisions. With such a system, there is no possibility it could have made decisions other than those it made in the past, which does not agree with the notion of free will.

In other words, ‘If you were Hitler atom for atom, time for time, biology for biology and environment for environment, you would make exactly the same decisions Hitler made’.

Most philosophers who claim that free will does not exist believe the above to be true, because they do not consider what gives mind the real power of free will, i.e. Acausal Freedom.

What is Acausal Freedom?

Even after having the freedom to finalize and execute a particular decision, acausal freedom grants the right hemisphere the freedom to choose and execute some other decision if and when it desires. It has such freedom when its own confidence level and/or confidence level supplied by the left hemisphere to deal with the situation are low. It uses such freedom for experimentation, which it does by verifying the outcome of a decision by matching it with the expected one. Such freedom helps it optimize its decision making. It can also use such freedom for social reasons, e.g. to fail someone’s expectations.

Free Will is Not a Illusion

Based on the above, it can be said that the human brain is capable of making free will decisions, which are not pre-programmed. As they originate from the system running in the brain, they can be attributed to the system itself, i.e. the agency we call “self” (more in the post What is Self?), which is responsible for making them. The same is the basis of the subjective feeling of ownership that we have while making a decision.For more information visit http://www.freewillexplained.com. 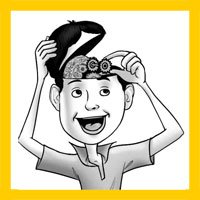 The first ever explanation of the mechanism that offers intelligence to the mankind – a mechanism which generates its own decisions.